Athena shot calling mode is a new and powerful implementation of the time-tested drill of shot calling. Using a touchscreen, athletes are able to practice calling shots with a visual response. Shot calling reinforces follow-through and an athlete’s understanding of his or her hold by forcing them to watch for small movements at the end of the shot process.

Shot calling mode is controlled almost exactly the same as standard informal practice, with all the same series and position settings available.

All sighting shots are displayed in the usual integer/decimal scoring format. 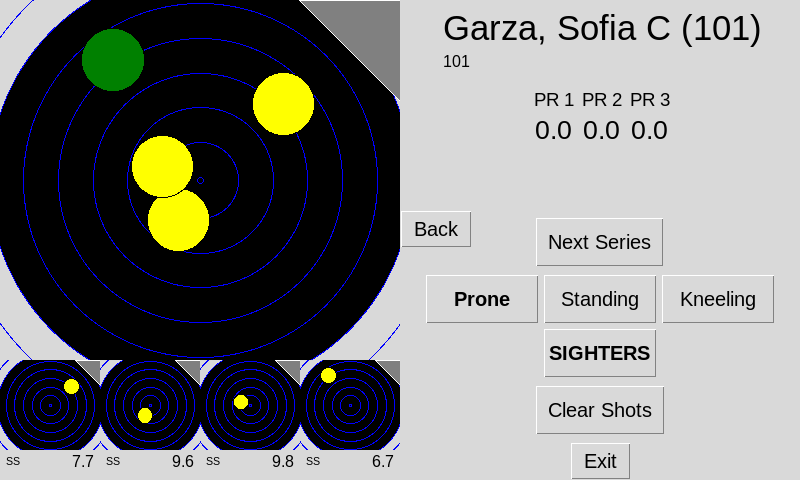 Shot scores are calculated by the distance between the actual shot and the call, measured in millimeters. This means the lower the score, the closer or better the call.

If a shot is taken and not called before the next shot is taken, the uncalled shot will be scored at the value of the diameter of the largest scoring ring.