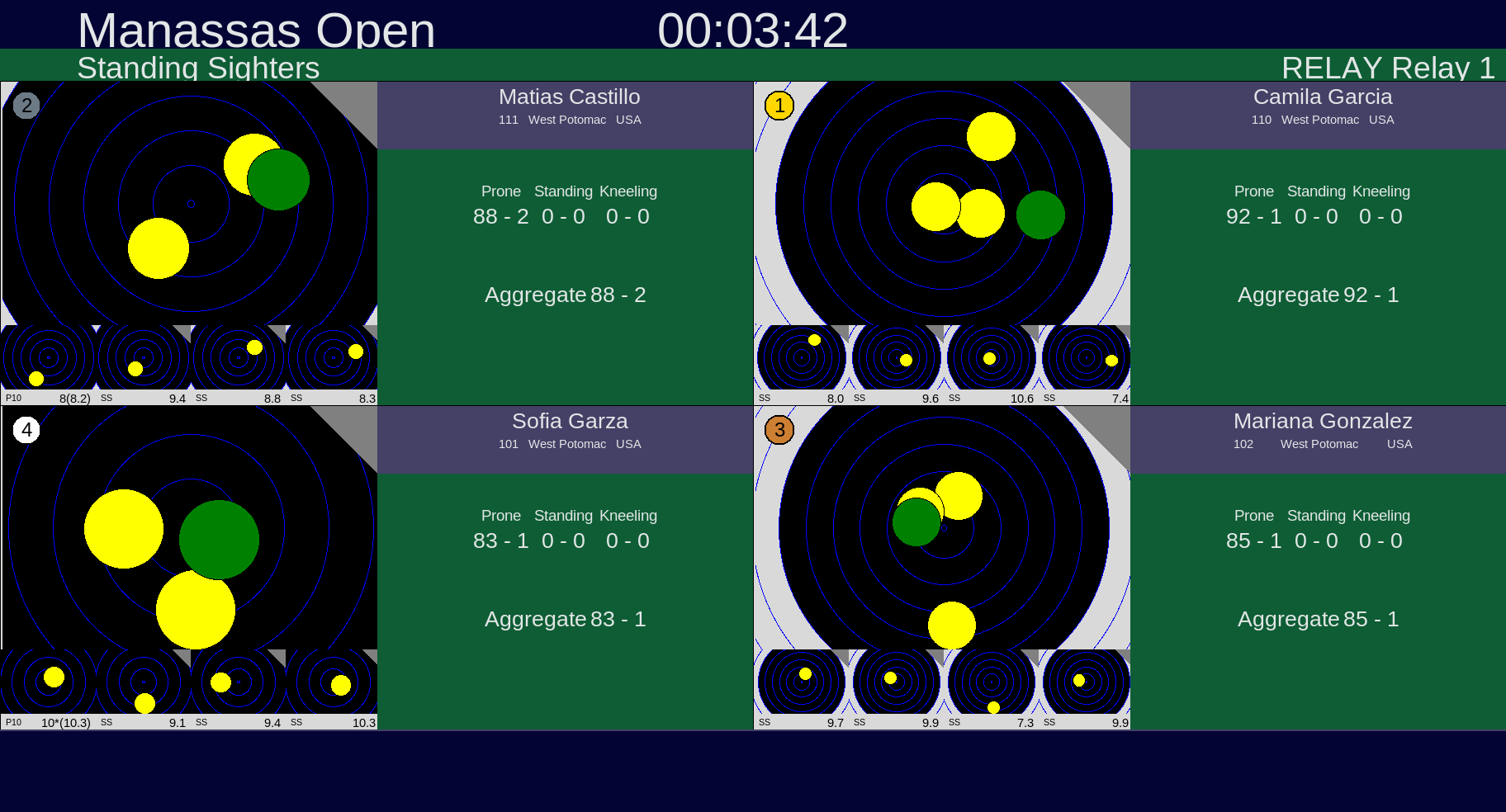 During a competition, the name of the match and range timer appear at the top of the screen. With the next line displaying the Segment Group name and relay.

The Athlete Display screen can support showing up to 16 different firing points, showing the target image with the athlete's score. This is true for both practice and competition. If 9 to 16 firing points are assigned to one display, 8 firing points are displayed at a time.

During a competition, the number, in the upper left corner of each target image, is the athlete's rank in the "Athlete Ranking List." If a value is not displayed, that athlete is not competing within that result. 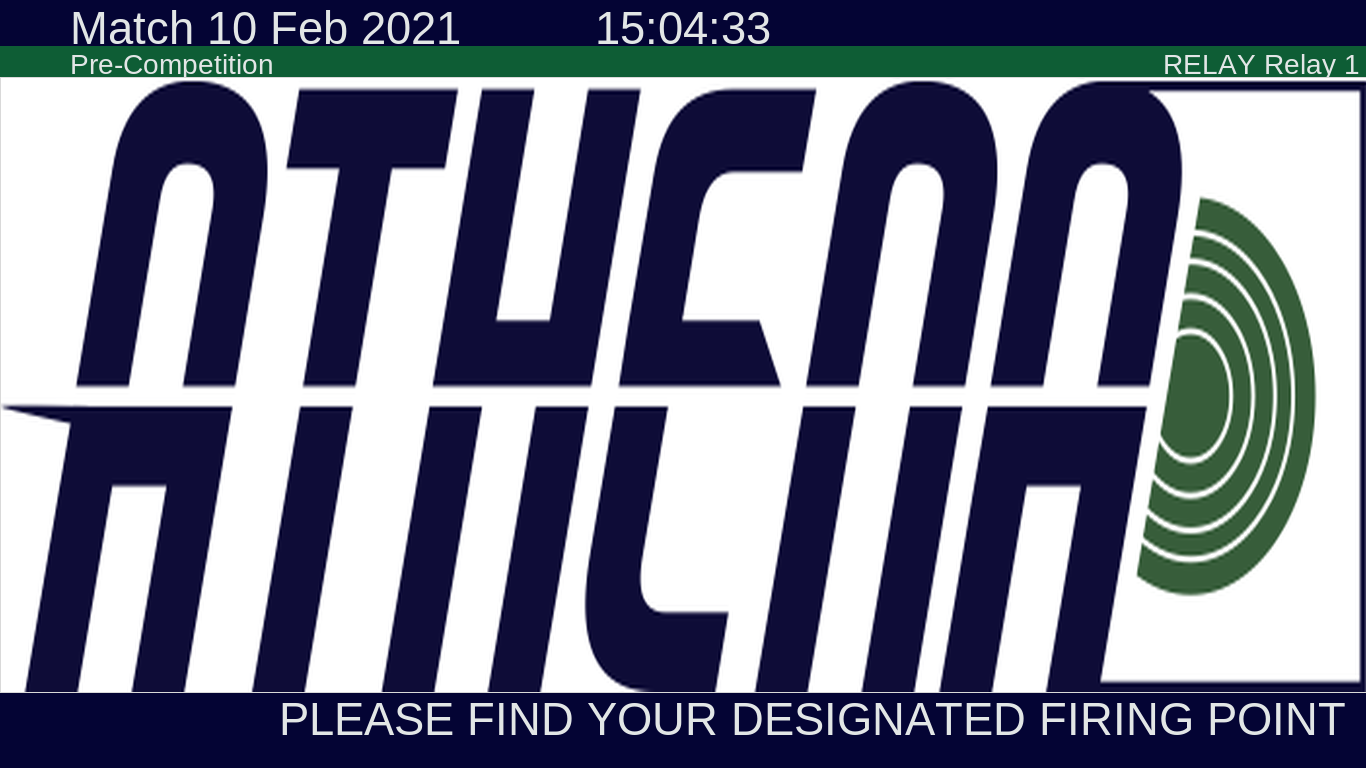 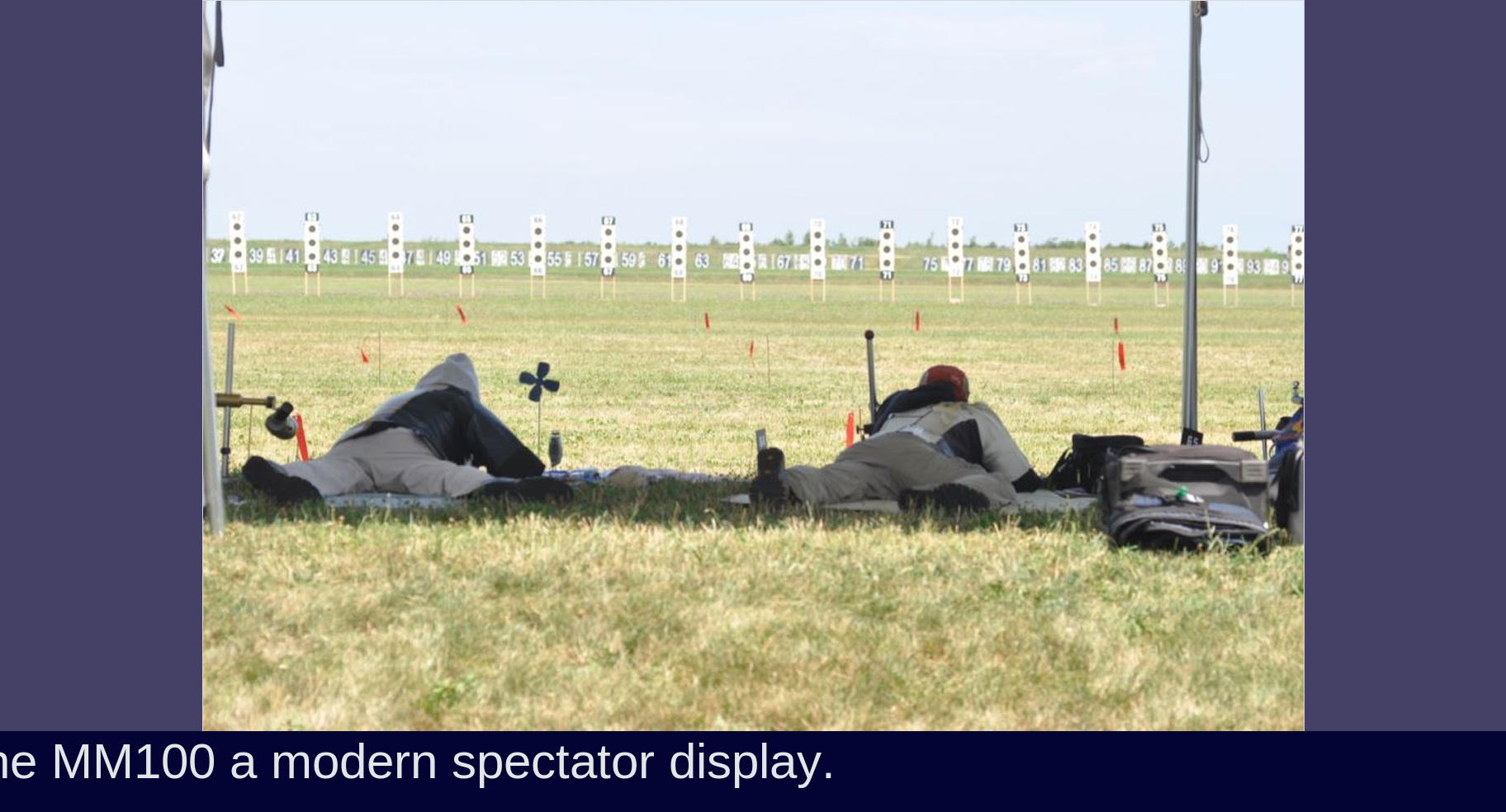 The Image Display rotates through a series of images based on the current Image Key. The graphics associated with an Image Key may be set in the in the Display Image Key Files Form. 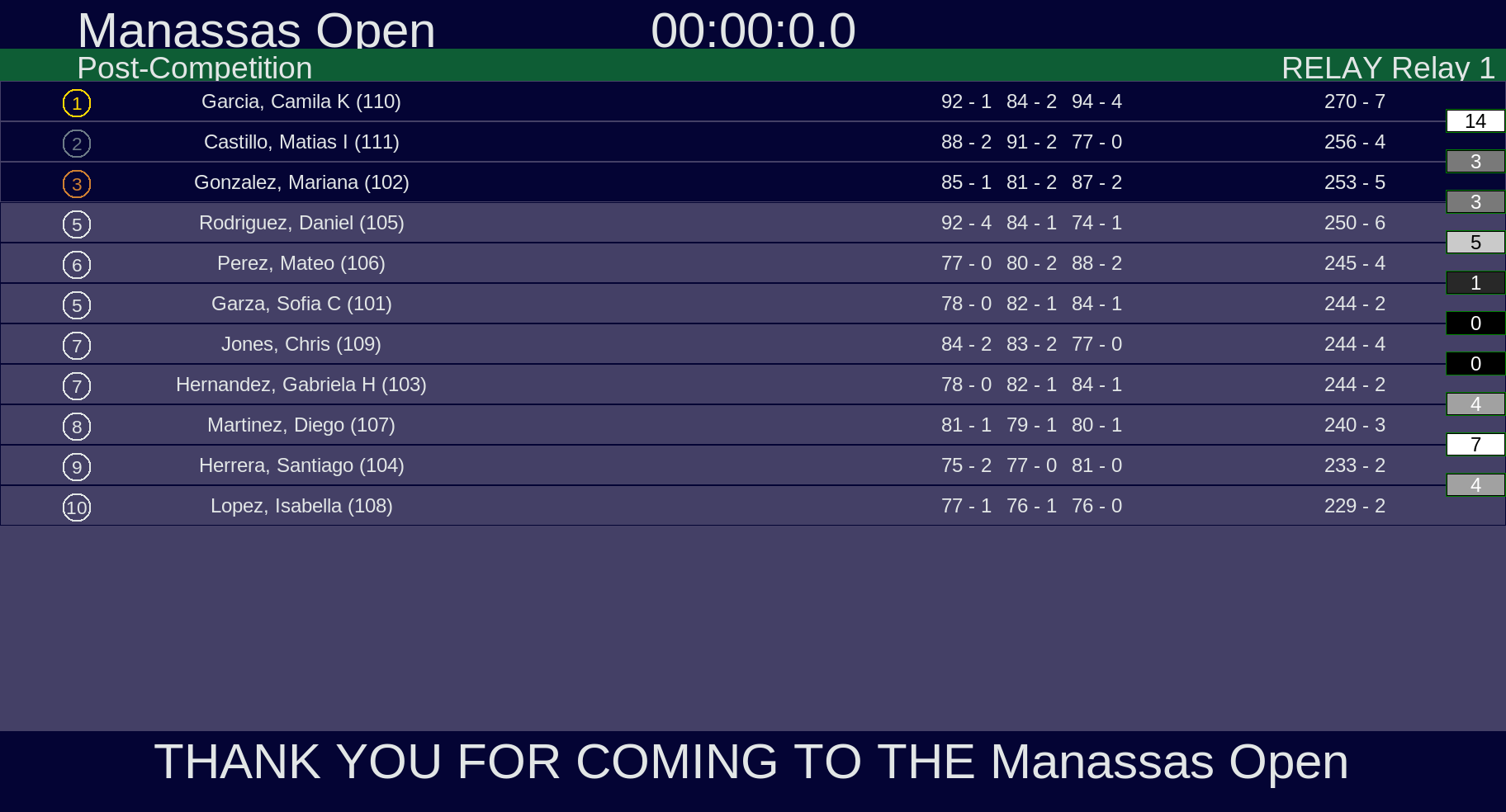 The Result List screen rotates through a series of Result Lists. The result lists to display are set in the EST Display Form.

The screen shots the current rank of the competitor or team, their display name, stage scores, aggregate score, and "points behind." The points behind box, which is displayed in between rows and to the far right, is the difference in points between the two competitors. 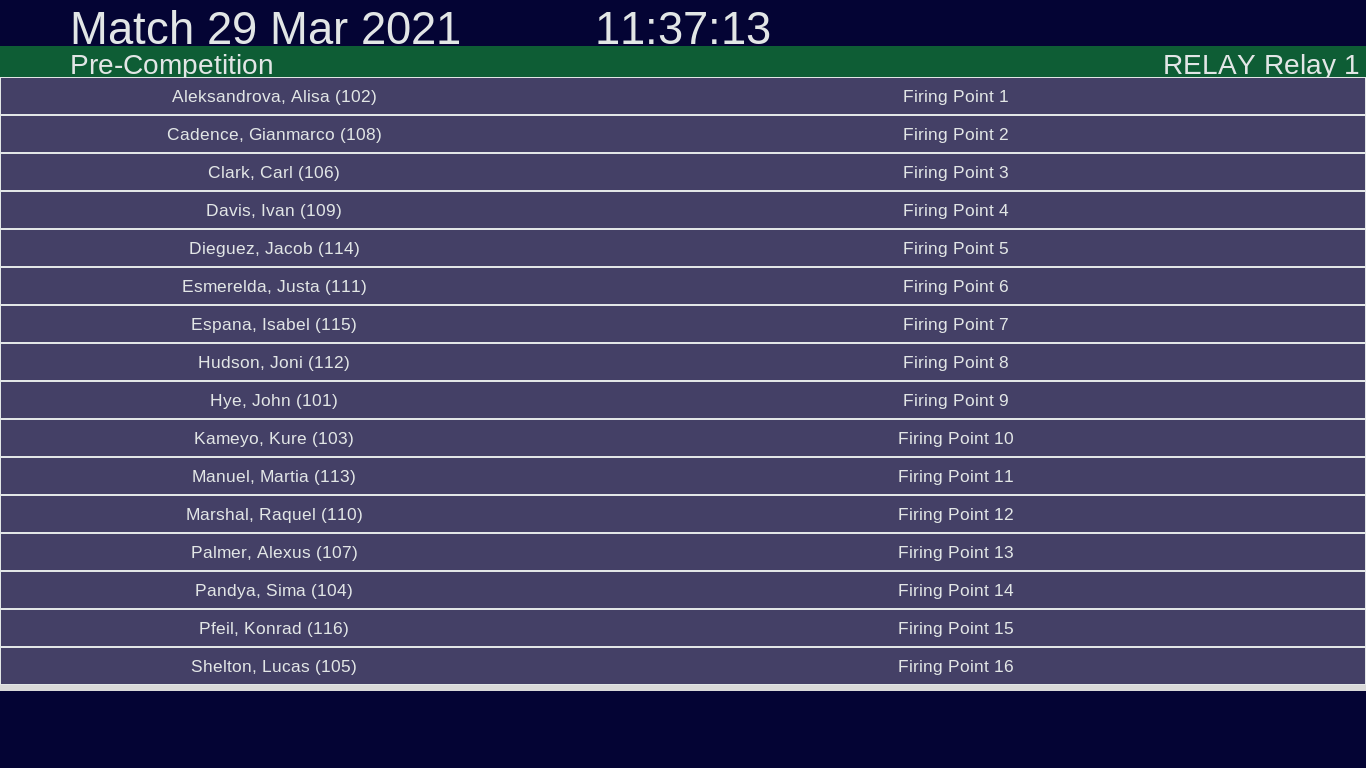 The Squadding List screen, which is typically displayed before a relay starts, lists the athletes and their assigned firing point.